The Power Of Letting Go After a Breakup 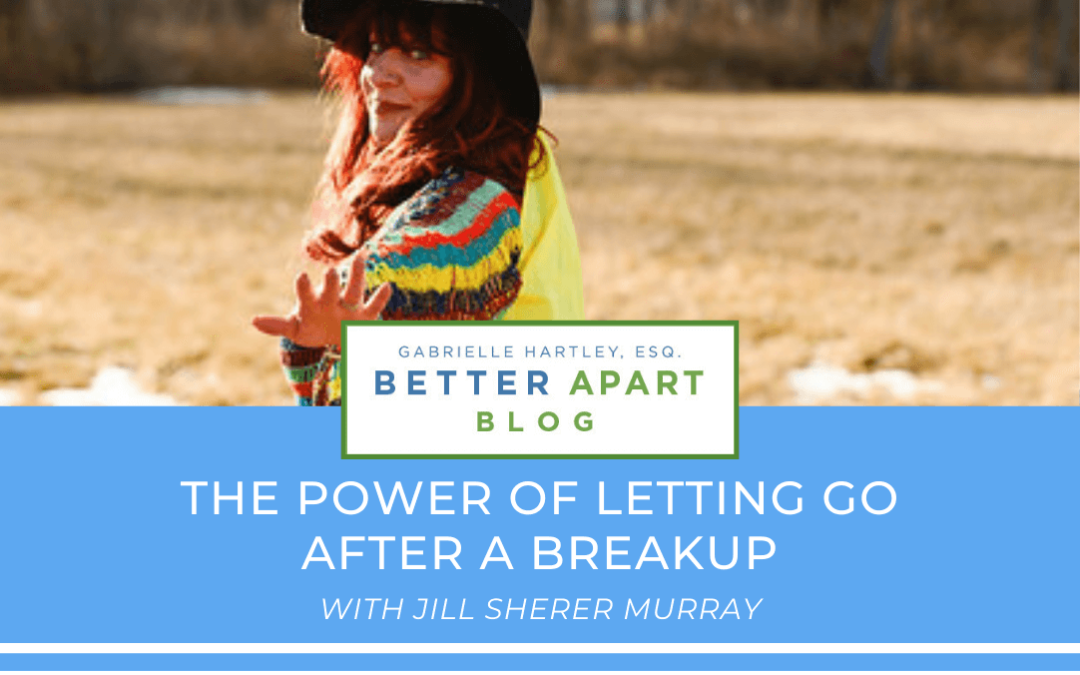 You’re angry. You’re going through a divorce, planning to get divorced, or reeling after a divorce and, well, you’re stuck. Nothing feels fair. Your ex? Well, let’s not go there. And while you may not have been a perfect angel, you feel you sure didn’t deserve what you got. Even if it was the most amicable divorce in history, you never dreamed you’d be where you are right now: Alone.

To say there’s a lot to process about the experience of breaking up is an understatement.

You know that you really need start letting go after a breakup. Start letting go of the anger and resentment. Of the sadness. Of the new beliefs that are, well…dark.

But still, you hold on to what no longer serves you, as if you were hanging off the side of a helicopter, clinging to its edge for dear life. How can you release your grip with any safety or confidence that you’ll be okay? That your metaphorical parachute will open?

The truth is you won’t know until you let go. Because that’s how letting go works. There are no guarantees. Letting go after a breakup involves risk and loss – sometimes the biggest of our lives. And if you’re not ready to deal with both, really deal with them, you’ll stay stuck, swinging in mid-air, and terrified of falling. Leaving your life to chance.

Why is letting go after a breakup important?

Despite this risk, there are a multitude of reasons to open your fist and drop—not the least of which is that letting go will give you back the gift of a new life. It will allow you to create space for what you want to come in, instead of keeping you shut down or blind to the opportunities for joy and new love that could very well be in front of you right at this very moment.

When you let go, sure, you may find yourself in a free fall that leaves you bruised when you land, at least in the short-term, but if you do it right, transformation will come in so many amazing ways.

I know, because I was there. When I was 41, I finally let go of a 12-year relationship with a wonderful man I deeply loved because I wanted to get married and he didn’t. (And yes, the irony of this is not lost on me, as I write to you about divorce…). I held onto the side of that helicopter for 144 long months, until I had an epiphany that finally woke me up to the truth: He would never acquiesce. And unless I wanted to swing on that hydraulic vine forever, I’d need to jump.

So, I did. And after doing the internal work required to understand why I chose him and stayed so long, I made some long-overdue changes. Then I attracted the right man for me – the one who not only shared my interests and values, but who wanted what I did from love. And we’ve been happily married for almost 14 years.

It’s a journey I share in my TEDx talk called “The Unstoppable Power of Letting Go”, which has been viewed by millions of people from all over the world, confirming the notion that no matter where you are on the globe or in love, letting go can be complicated.

What I’ve found in the work I do with clients—and in the letters I receive from people who reach out for advice after seeing my talk—is that most don’t know when to let go. Or, as importantly, what to let go of. Because it’s often not enough to let go of just a person. If you truly want to move forward in a positive way, depending on your situation, you may also need to let go of environments, friendships, family members, beliefs, and other stuff you may not have realized at the outset was holding you back from getting whatever you want next.

The truth is letting go is like seeing a deer in the road – where there’s one, there are often several right behind it, waiting to get you in trouble. Which is why you must slow down and deal with them all.

When I was letting go of my own situation, not only did I have to let go of my ex, but an entire life around him – including a city I loved because it would have been too painful to be there without him, my job, my apartment, and my friends at least in terms of proximity. I also had to let go of a lot of limiting beliefs that told me I was too old to find love again. Too out of shape to compete with the younger women I was certain men my age wanted (NOT TRUE). That I’d wind up alone, because at 41 I was, by all legitimate accounts, well past my prime.

That I’d be a 95-year-old Jane Doe in a hospital bed with no one to pluck the hair from my chin or smuggle pizza in for me.

I had to let it all go…and so do you.

How to know when to let go after a breakup

So how do you know when it’s time to move forward? Here are a few ideas:

Now that you have an idea of when to let go, how do you know what to let go of? That depends on what you uncover when you ask these and other hard questions of yourself. Like, for example:

The answers will offer you the insights you need to move forward in a healthy way, so you can find the love and life you’re looking for.

The bottom line about letting go after a breakup

To let go effectively, you must begin somewhere beyond just knowing you “should”. It’s about initiating that inner dialogue with the goal of forward motion. The good news is you’ve already got everything you need to do it, including the power to choose your next move.

I’m not saying that free-falling out of that metaphorical helicopter won’t hurt, but if you do it with intention, I promise the pain will be temporary and worth it. I often wonder where I’d be if I hadn’t let go when I did. I’d probably still be stuck in a relationship going nowhere, living alone in a third-floor walk-up, wondering what time the pizza was coming.

Instead, I took the leap. I let go of the stuff that had me standing in my own way. And beyond finding the right partner to spend my life with, I also found my way to the other things that mattered just as much–namely, I got out of what I didn’t want and closer to what I did, and back to the self I’d lost. And you can too.

Letting go after a breakup is the light.

Jill Sherer Murray is a TEDx speaker, author, influencer, coach, and award-winning journalist and communications professional. Her book called Big Wild Love: The Unstoppable Power of Letting Go comes out in May 2020, and is available for pre-order wherever books are sold. You can learn more about her at www.letgoforit.com.
P.S. Want more tools and resources to stay positive during a divorce? Download my Free Divorce Survive & Thrive Kit below!

With support and strength,

And join our community of divorce professionals, therapists, and experts

What’s in it for you: 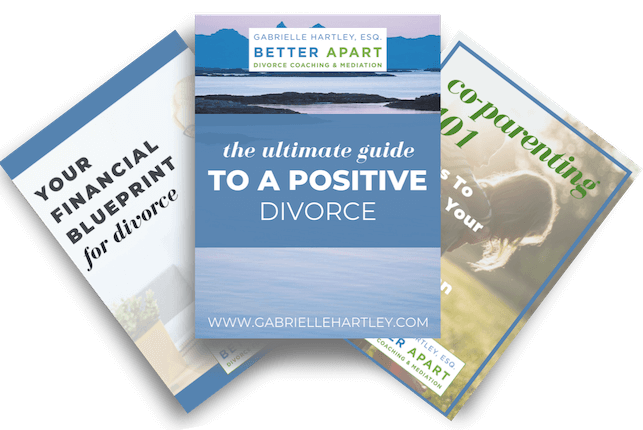 Revolutionizing the conversation around Divorce, one internal narrative at a time.
Buy Better Apart
MENU
Home
About
Legal + Mediation
Better Apart Legal
Better Apart Mediation
Coaching
Better Apart: The Book
Partnering and Speaking
Media/Events
Contact
FOLLOW GABRIELLE
DISCLAIMER: The commentary, advice, and opinions from Gabrielle Hartley are for informational purposes only and not for the purpose of providing legal advice or mental health services. You should contact an attorney and/or mental health professional in your state to obtain advice with respect to any particular issue or problem.
CONTACT GABRIELLE
ADDRESS: 76 Masonic Street, Northampton, MA 01060